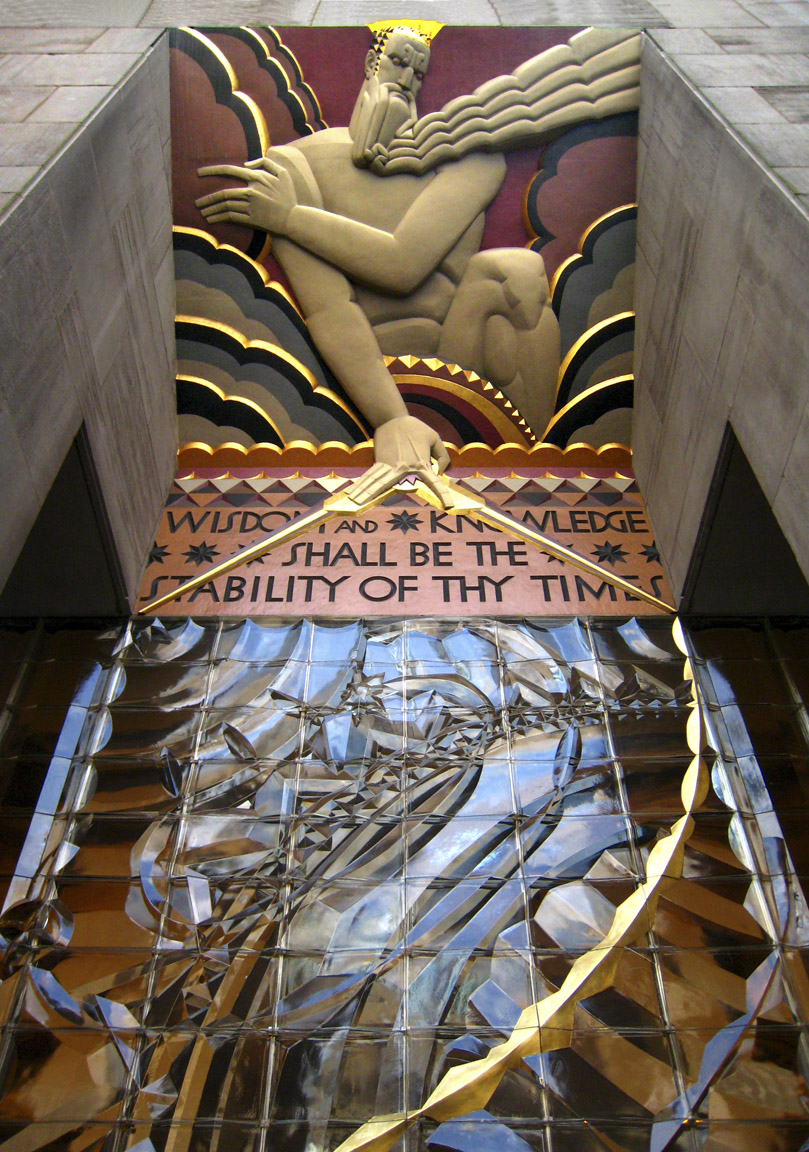 Inspired by new archaeological finds in Egypt, streamlined Art Deco architecture became the rage during the 1920s. Architect Raymond Hood had already made his fame designing grand Neo-gothic buildings like the Tribune Tower in Chicago. But, by the 1930s he embraced the jazzy new Art Deco style, designing some of America’s most colorful and exciting buildings.